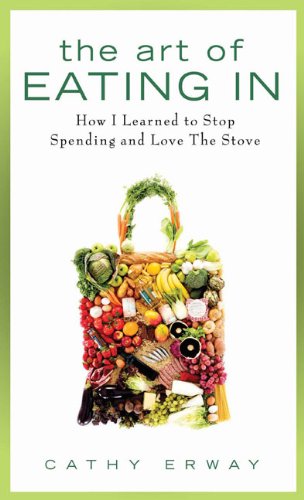 In the city where dining is a sport, a gourmand swears off restaurants (even takeout!) for two years, rediscovering the economical, gastronomical joy of home cooking

Gourmand-ista Cathy Erway’s timely memoir of quitting restaurants cold turkey speaks to a new era of conscientious eating. An underpaid, twenty-something executive assistant in New York City, she was struggling to make ends meet when she decided to embark on a Walden- esque retreat from the high-priced eateries that drained her wallet. Though she was living in the nation’s culinary capital, she decided to swear off all restaurant food. The Art of Eating In chronicles the delectable results of her twenty-four-month experiment, with thirty original recipes included.

What began as a way to save money left Erway with a new appreciation for the simple pleasure of sharing a meal with friends at home, the subtleties of home-cooked flavors, and whether her ingredients were ethically grown. She also explored the anti-restaurant underground of supper clubs and cook-offs, and immersed herself in an array of alternative eating lifestyles from freeganism and dumpster-diving to picking tasty greens on a wild edible tour in Brooklyn’s Prospect Park. Culminating in a binge that leaves her with a foodie hangover, The Art of Eating In is a journey to savor.

This is a beautiful book. It is something to be enjoyed.  It’s also a bit of a challenge. Where and what are you eating this evening? I love that this book made me feel more mindful of the foods I buy and prepare for my family as well as rethinking where we eat out. I don’t know that I could do what she’s done, but I love books that make me stand back from my own life and think.

4 comments for “Book Review-The Art of Eating In”