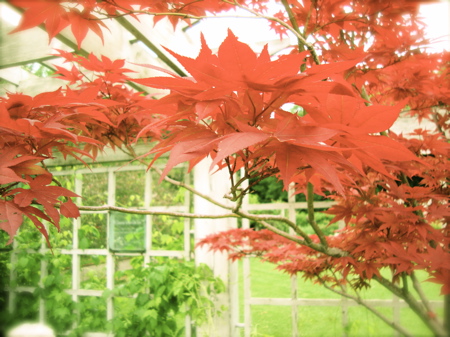 So much to do,

Such things to be.”

My daughter Andrea will be starting her college classes soon! I can’t believe I’m old enough to be the mom of a college student! Where does the time go? She’s going to be a chef, and I am so proud of her.

My best friend just graduated with her Master’s degree, and is looking forward to getting her first job as an art teacher. I’m sure she’s going to be an amazing teacher. I wish I was young enough to sneak into some of her pottery classes.

I’ve been asked countless times how I got started on the path of being a writer. Did I always know I wanted to write? Well, yes and no. I’ve always enjoyed writing, and took all the literature and creative writing classes I could growing up. I kept a journal, and wrote high school poetry, but I never imagined that I would some day be a serious writer.

When I was little I dreamed of being an astronaut or a medical doctor (both of which I soon discovered would require WAY too much yucky science.) Then I bought an album by the GoGos and decided I would become a rock star (the lead singer, of course, because I wasn’t interested in playing an instrument.) By the time I was done with high school I was back to thinking about becoming a doctor, and had decided to go into clinical psychology. A few detours kept me from finishing college the first time I went, but when my daughter Andrea was old enough to go to preschool, I decided it was time to finish what I had started. I loved college life, and I was good at it. I never took less than 18 credits and I kept a steady 4.0. I was asked by several of my professors to tutor in the subjects I was taking. I did end up tutoring psychology, study skills, and was honored to be asked by one of my favorite English professors to be her assistant. So I taught English as a second language for my work study. I was also involved in the student senate and was part of the leadership academy.

I was mere credits away from getting my BA in human services (I planned on working as a social worker and continue to take classes toward my doctorate), and had just been accepted to my dream college. Jeff had just asked me to marry him (so now I was planning a wedding on top of everything else!) I decided that would be a good time to treat myself to a couple art classes. I took a watercolor class and a design class thinking they’d be an easy, relaxing break in my day. What they ended up being were what Oprah would call my “Aha Moment.” I could have kept going on the path I was on and become a doctor. It would have been hard, but I was determined to do it. What I couldn’t deny after taking the art classes was that I wouldn’t have been happy doing that work forever. Looking back I can say that I absolutely made the right decision. I can’t imagine being happy doing that work now. It was a hard decision to make at the time though. I had invested so much of myself.

I talked to Jeff about my decision to quit school and write a book, and he was so supportive. I guess you could say the rest is history… I started writing my first book, Chin Deep in Bubbles, almost immediately, and it was published five years later

I’m still working on my novel, and do freelance writing, illustrating and editing. I’ve illustrated two books besides my own (Fearless Pregnancy and At the Inn) It’s been six years since my second book, Welcome Home, was published and I’ve recently started another book with illustrations. I absolutely love what I do, and I guess I can’t ask for more than that.

What is your dream job?

8 comments for “Such Things To Be”