“Behind every successful woman is a tale of self reliance, persistence, and the joy of following one’s heart.” from the Victoria publication The Business of Bliss

I have been in love with Victoria Magazine since I was 16.  I picked up the premier copy back in 1987. The breathtaking photography of Toshi Otsuki was the first thing that drew me to the magazine. I quickly got a subscription, and have been a devoted fan of the magazine ever since. I still have my copy of the first issue of Victoria magazine ever to hit the stands. The magazine has definitely changed and evolved since Nancy Lindemeyer was editor and Toshi Otsuki was photographer, but I love it just the same.

Unfortunately, over the years, I cut a bunch of my magazines to bits creating what I liked to call “Dream Files.” These files contained ideas for the dream house I would own some day. The files grew and followed me to my dorm, my first apartment, and eventually (back in 1999) my DREAM HOUSE! I don’t think it’s a coincidence that my first home turned out to be a Victorian lady, built back in 1901. Although I’m glad my dream remained very vivid until the purchase and decoration of our home, I’m sorry for the countless copies of Victoria that were sacrificed for my dream. About 50 of the original copies remain and currently reside in my attic in cardboard boxes. Not only can I not bear to part with them, I’m seriously thinking about replacing each and every missing copy via ebay and other internet sources. It would be money well spent.

During the creation of my first book I read, and reread Victoria’s book, The Business of Bliss-How to Profit From Doing What You Love. 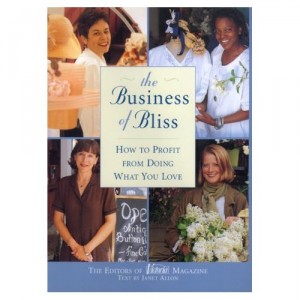 When my first book was published back in 2001, my editor asked me if there were any publications where I would like to see my book advertised. I immediately said, “Victoria!” and she assured me she would see what she could do. 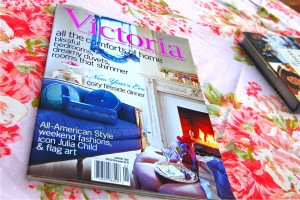 Well, my second Victoria dream came true in 2002 when Chin Deep in Bubbles was featured and quoted in the January edition at the beginning of the “Favorite Finds” section. Even though it was a small mention, it was still a dream come true for me.

The Buckingham Bee, (a sweet little tearoom in White Bear Lake where I worked) was mentioned in one of my favorite tea books, The Pleasures of Tea. This stunning volume is also a “Victoria” book, published by Hearst. 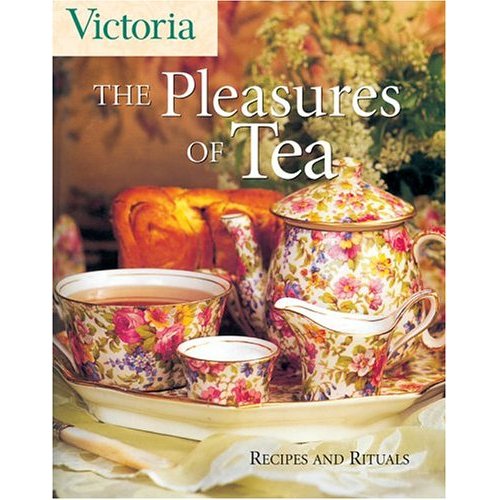