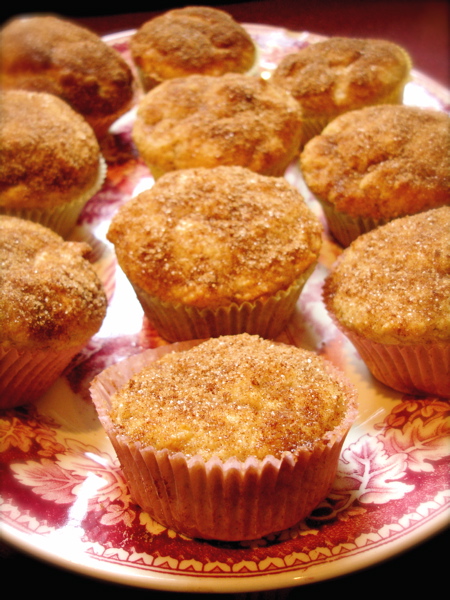 “‘When you wake up in the morning, Pooh,’ said Piglet at last, ‘what’s the first thing you say to yourself?’ ‘What’s for breakfast?’ said Pooh. ‘What do you say, Piglet?’ ‘I say, I wonder what’s going to happen exciting today?’ said Piglet. Pooh nodded thoughtfully. ‘It’s the same thing,’ he said.” ~A. A. Milne,  ‘The House at Pooh Corner’

In a mixing bowl, combine:

In a separate bowl, combine:

Mix all ingredients together, stirring for about 30 seconds. Line muffin pan with 10 cupcake liners. Fill 1/2 to 3/4 full. Bake 10 to 15 minutes or until muffins are golden. Remove from oven. Cool slightly. Dip tops of muffins in melted butter and sprinkle tops generously with cinnamon and sugar.