The Steampunk style makes me happy and a little bit giddy.

What is Steampunk? LOVE this definition.

As defined by Wikipedia…

Steampunk is a sub-genre of science fiction and speculative fiction, frequently featuring elements of fantasy, that came into prominence in the 1980s and early 1990s. The term denotes works set in an era or world where steam power is still widely used — usually the 19th century, and often Victorian era Britain[citation needed] — but with prominent elements of either science fiction or fantasy, such as fictional technological inventions like those found in the works of H. G. Wells and Jules Verne, or real technological developments like the computer occurring at an earlier date. Other examples of steampunk contain alternate history-style presentations of “the path not taken” of such technology as dirigibles, analog computers, or digital mechanical computers (such as Charles Babbage‘s Analytical engine); these frequently are presented in an idealized light, or with a presumption of functionality.

Steampunk is often associated with cyberpunk and shares a similar fanbase and theme of rebellion, but developed as a separate movement (though both have considerable influence on each other). Apart from time period and level of technological development, the main difference between cyberpunk and steampunk is that steampunk settings usually tend to be less obviously dystopian than cyberpunk, or lack dystopian elements entirely.

Various modern utilitarian objects have been modded by individual artisans into a pseudo-Victorian mechanical “steampunk” style, and a number of visual and musical artists have been described as steampunk. 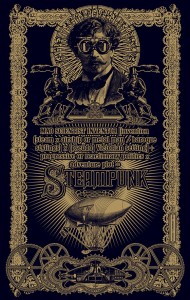 This is my favorite steampunk site.

An awesome book about the steampunk style.

Another interesting site on the subject… and another…

and even more steampunk here! 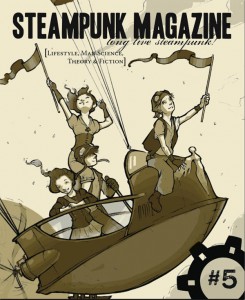