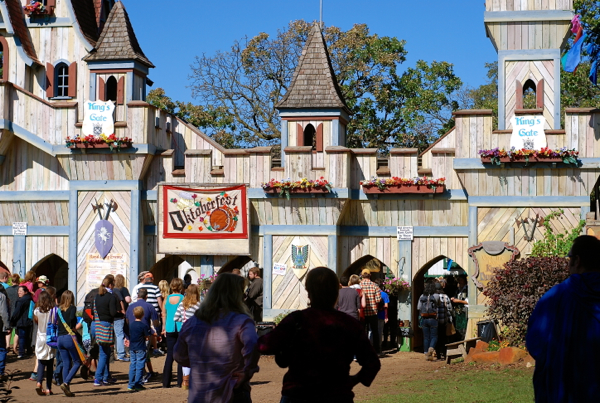 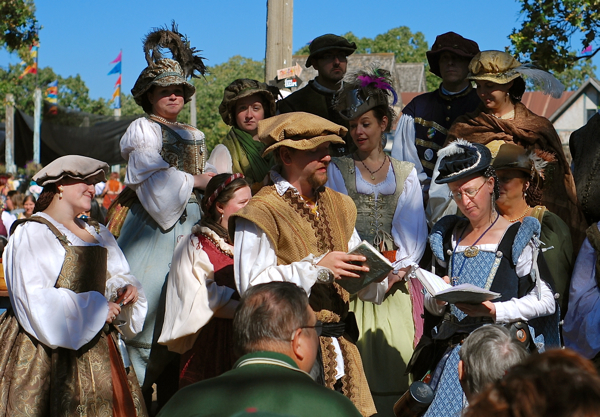 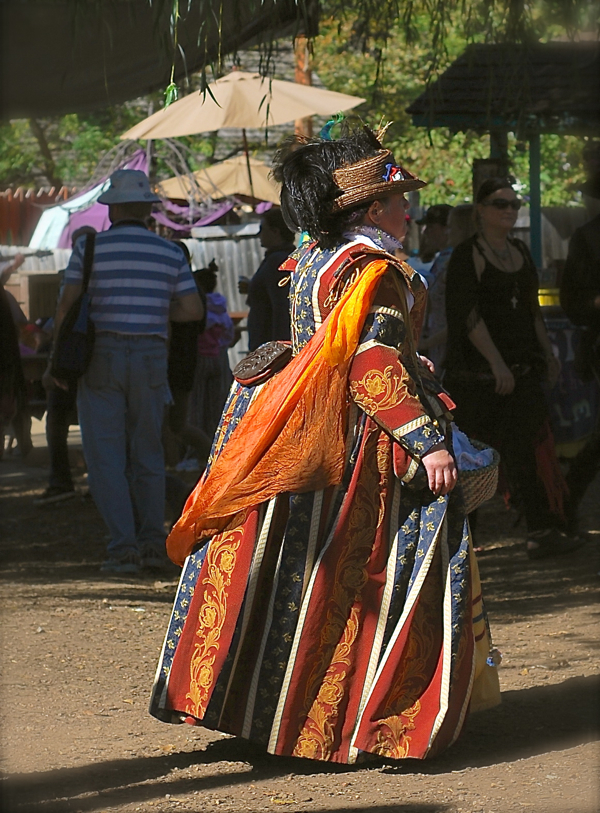 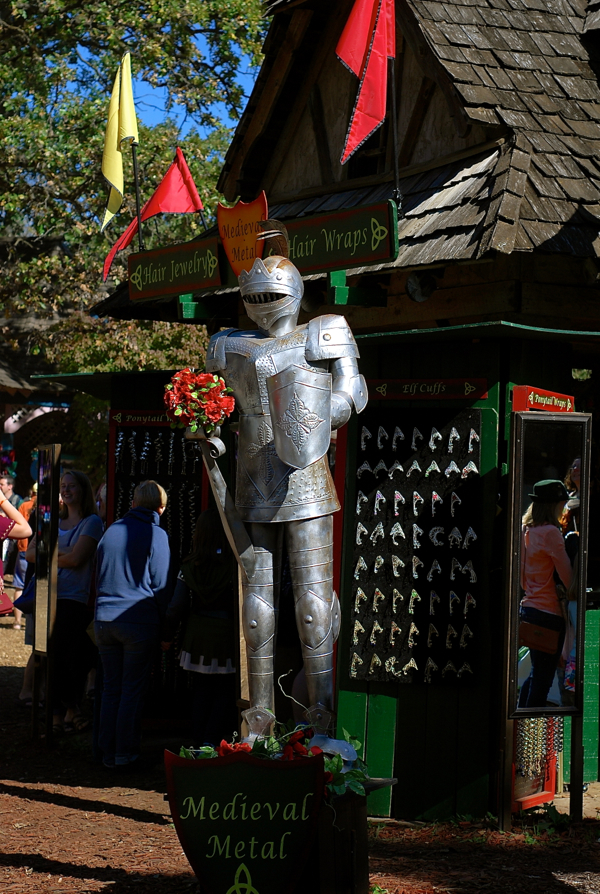 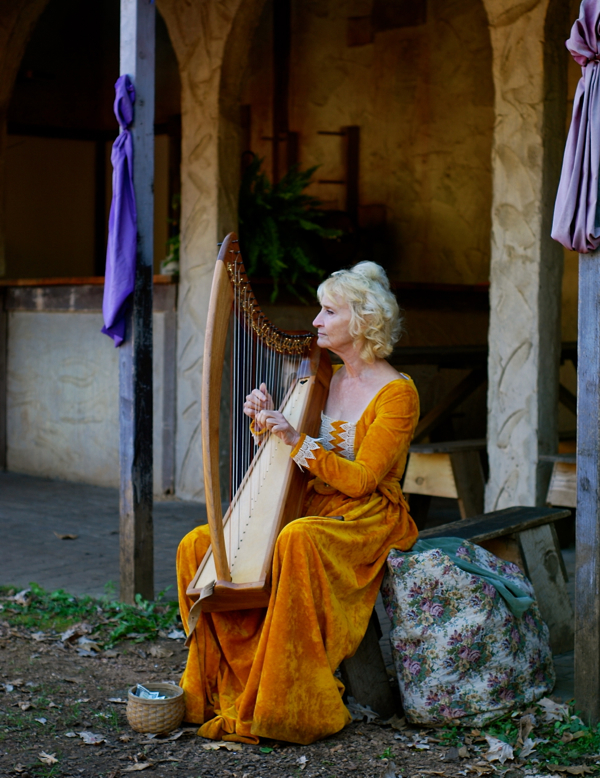 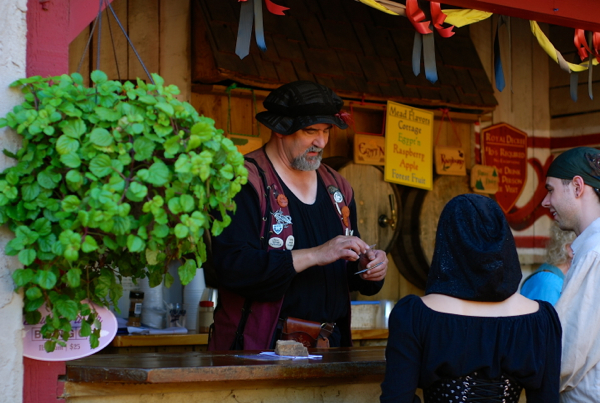 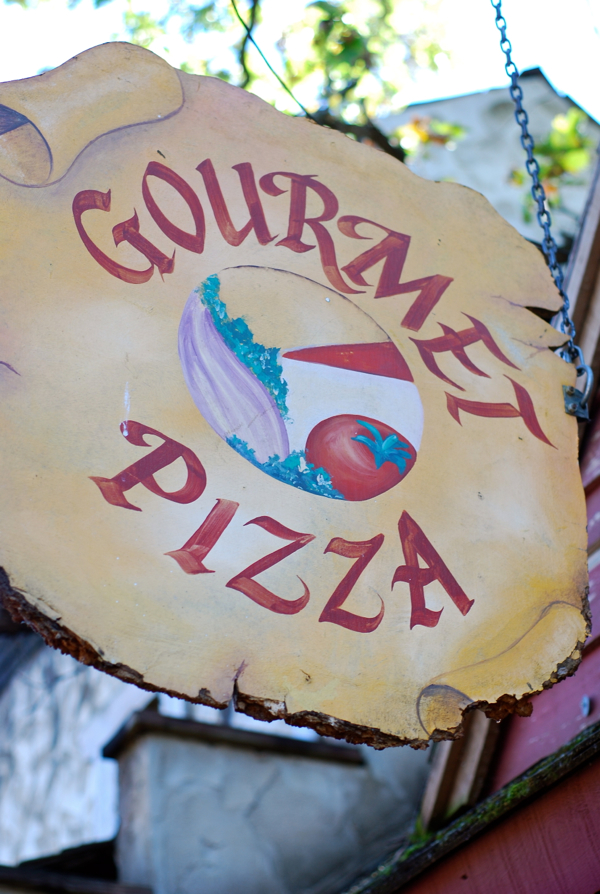 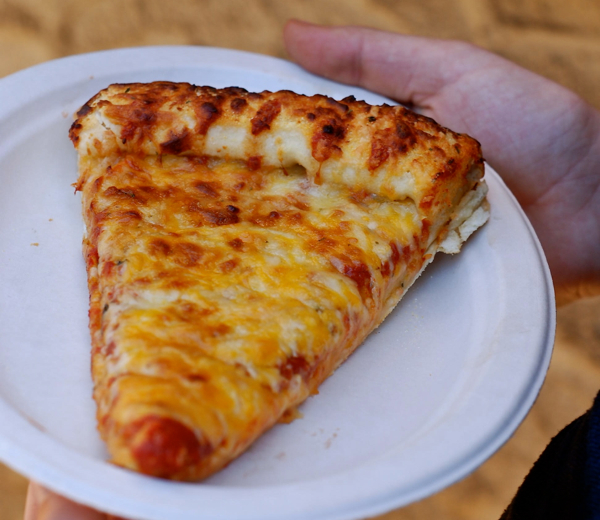 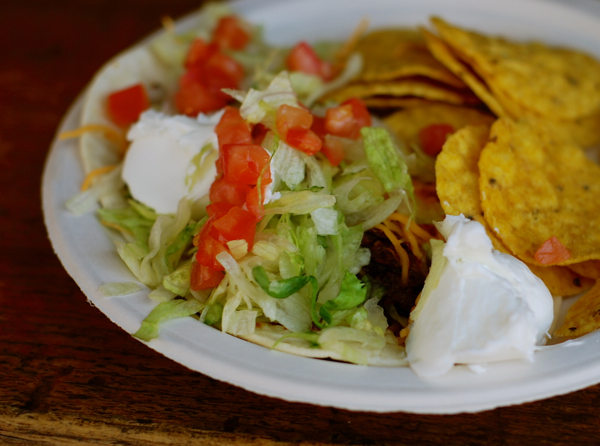 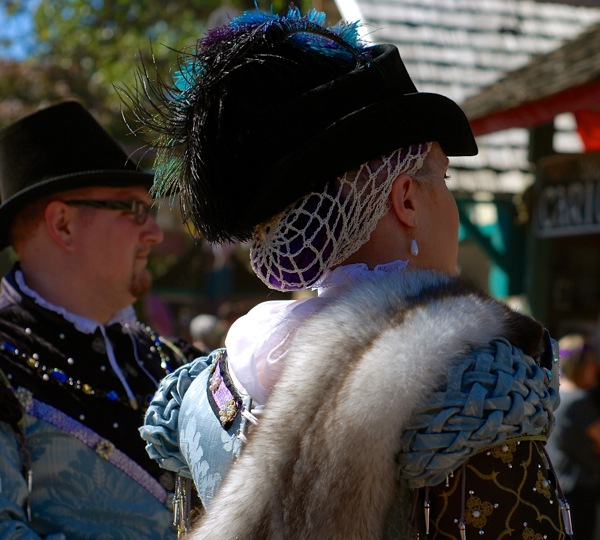 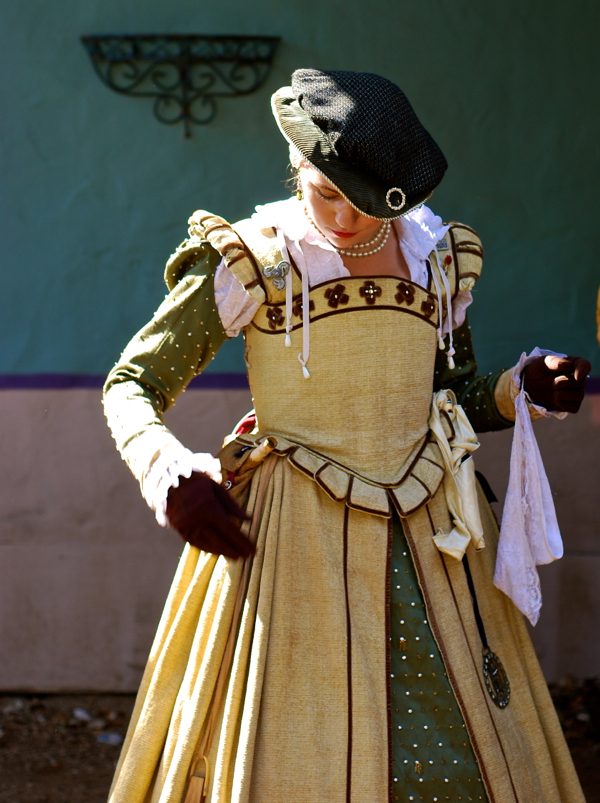 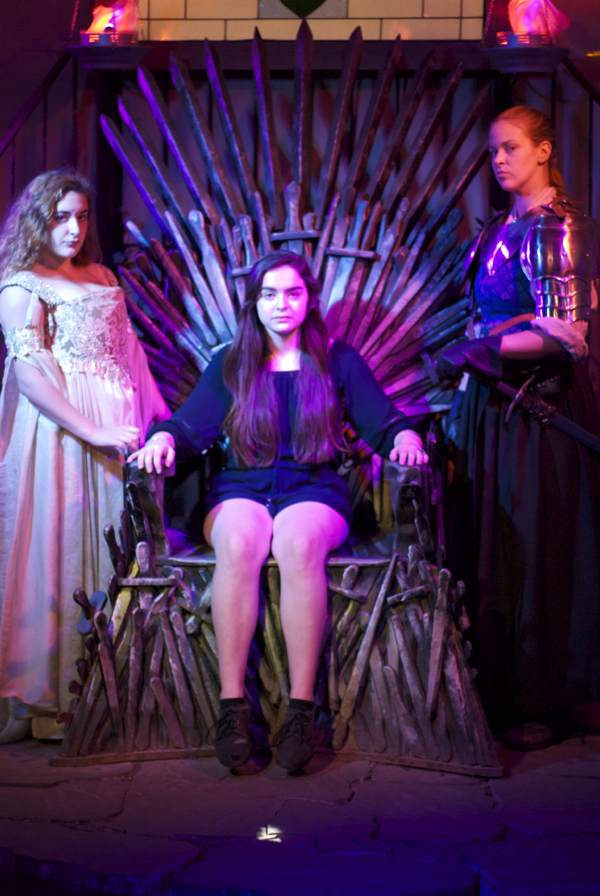 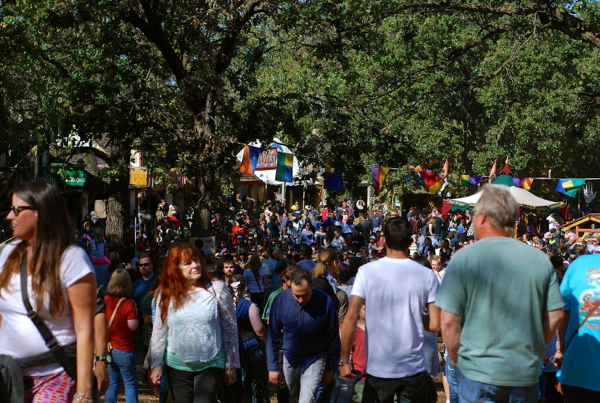 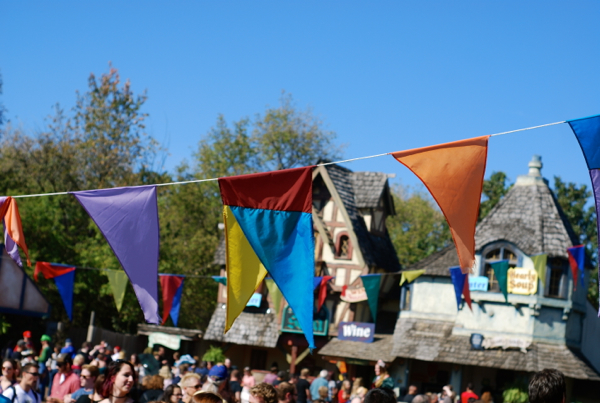 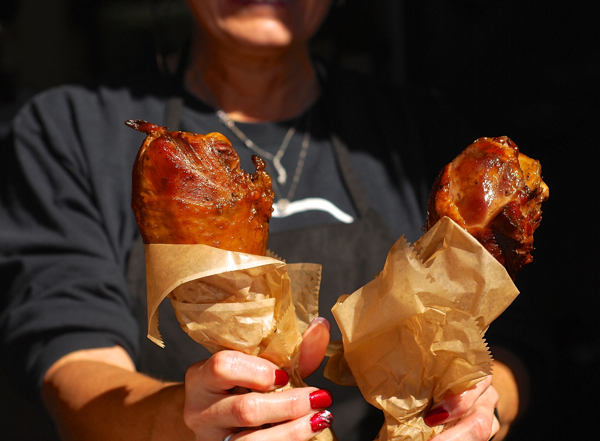 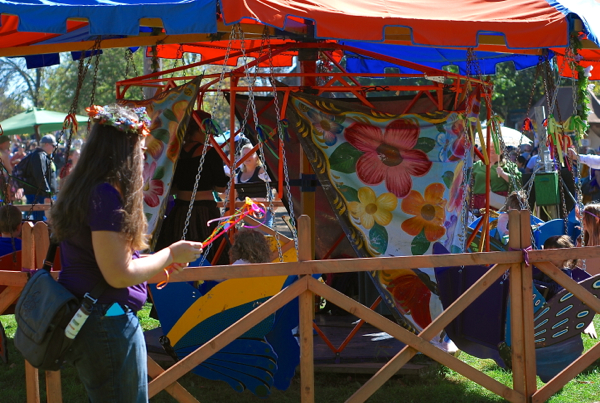 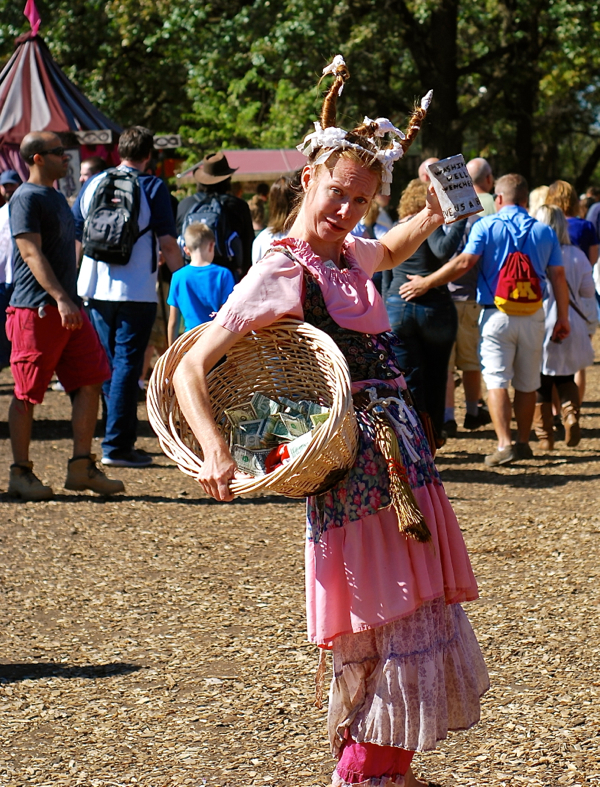 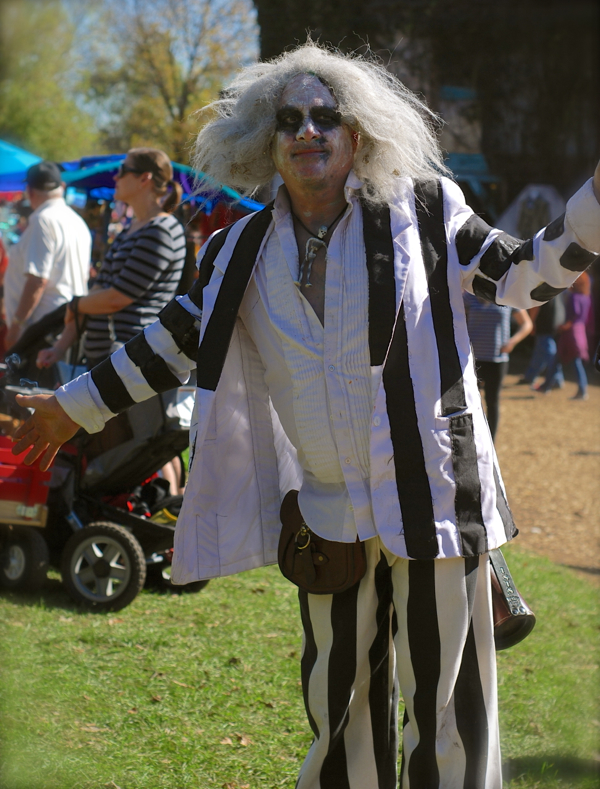 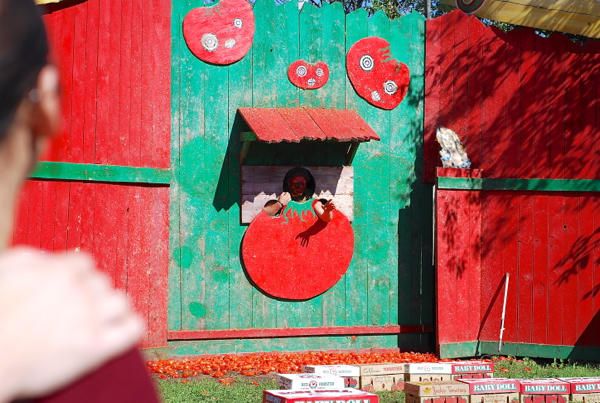 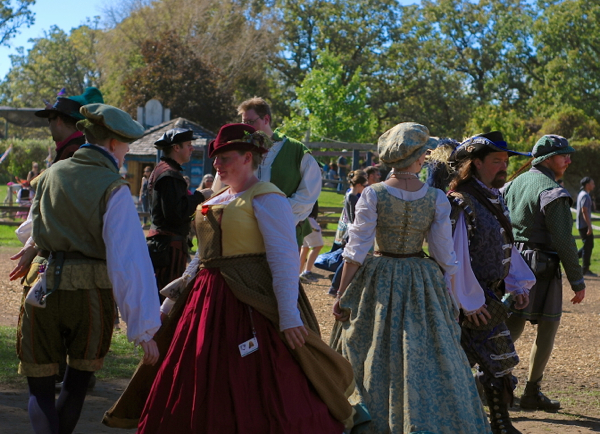 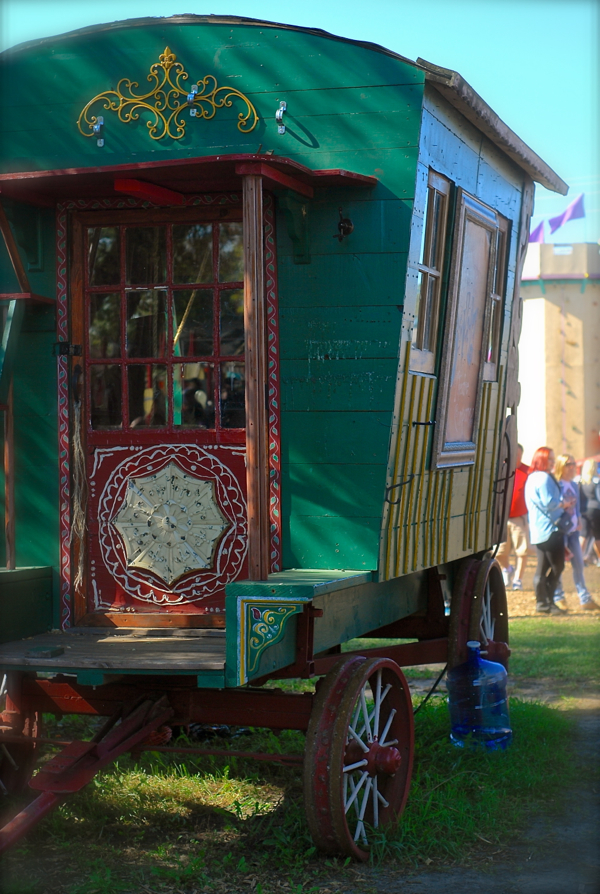 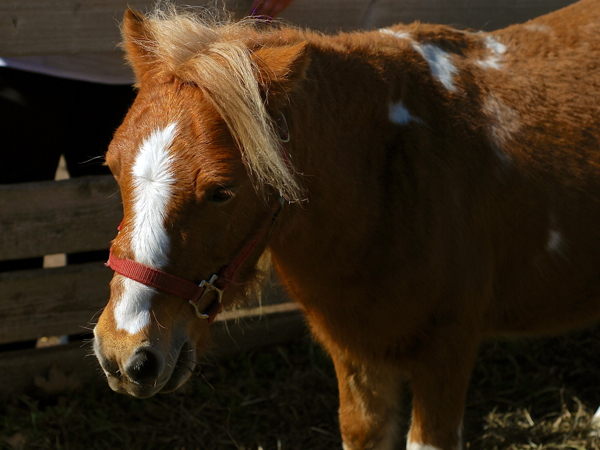 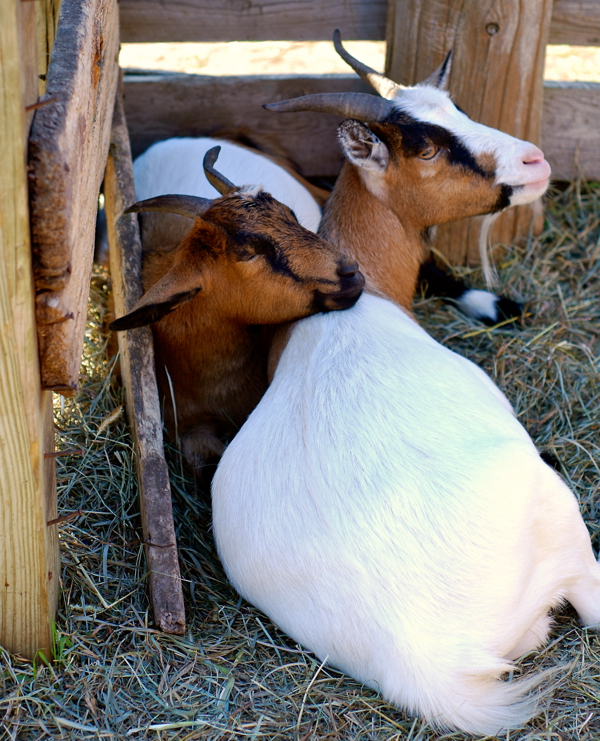 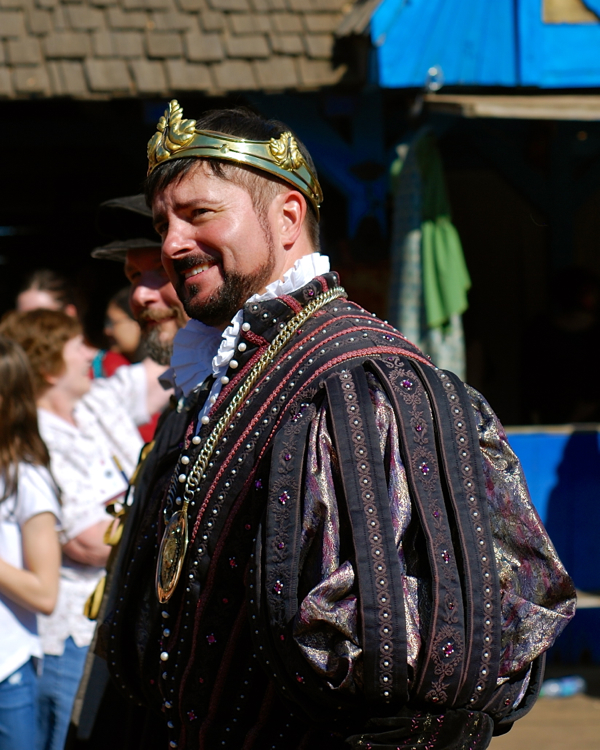 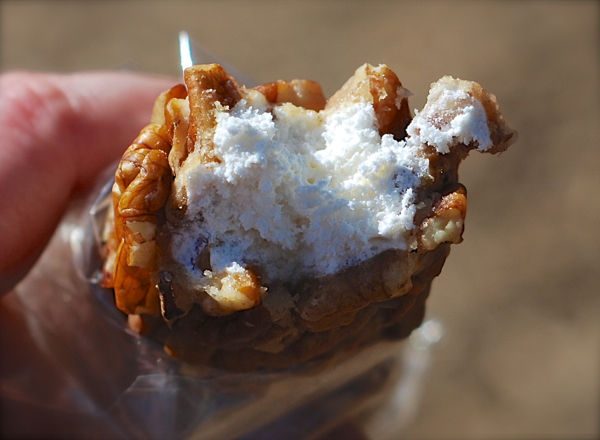 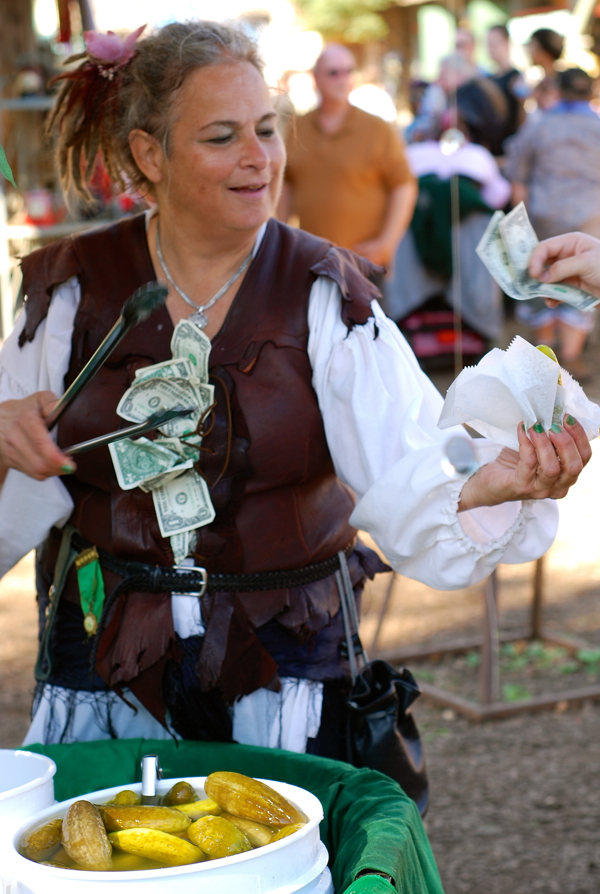 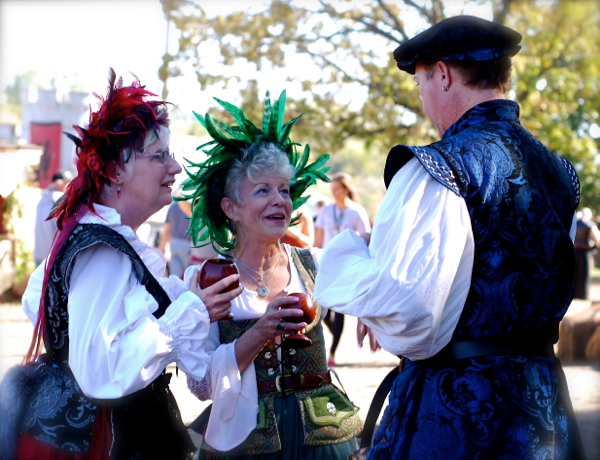 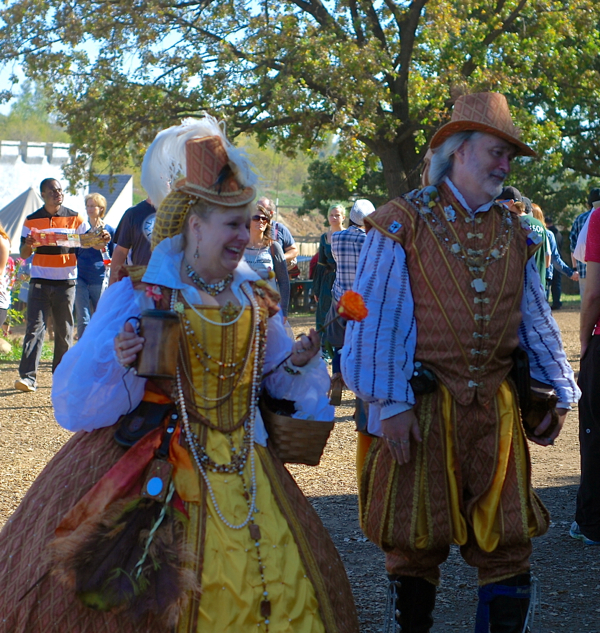 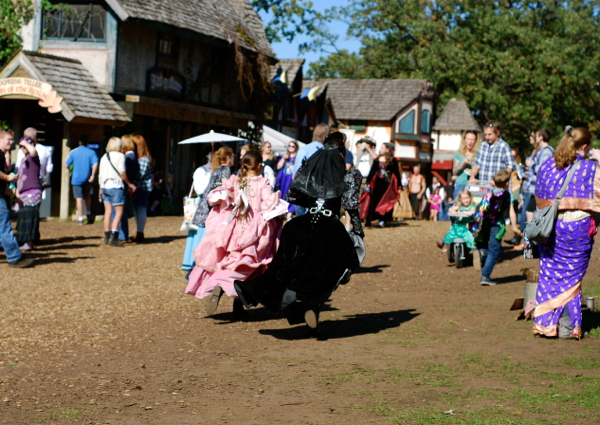 We found out that this will be the last year that the Minnesota Renaissance Festival will be held in Shakopee, Minnesota. What the what? Next year they’re relocating, and they have yet to announce where. I’ve read a few newspaper articles that allude to it still being in the same general area. We already drive about an hour and a half to get there, so with any luck it will be a bit closer. I’m excited to see what changes will take place, since I’ve been attending the festival almost every year since I was 10 years old.

I was particularly taken with the beautiful costumes this year. I decided to post photos of my favorites. I’m always amazed that people can walk around in such elaborate clothing for hours on end in the blazing sun. I admire them. I couldn’t do it without freaking out. Truly. I’d have a claustrophobic fit and that would be it.

The food was awesome, per usual. We had the traditional giant turkey drummies, Grace always gets a slice at the gourmet pizza stand, I always get the nut roll (fondly called, “The King’s Nuts”) Notice I posted the pic of the nutroll below a pic of the King. I did that to be funny. This year I tried the pork street tacos and they were actually decent. I’m picky about my tacos, and these were a pleasant surprise. My only objection is the use of flour tortillas. If you’re only going to have one kind of tortilla available, then it has to be corn. Come ON.

Grace got to sit on the throne of swords! GOT fans will appreciate this!

The lady with the silly stand-up pigtails (pictured above) called Jeff a lumberjack. Which I believe he secretly liked… and what inspired this year’s Halloween costume choice. I think the lady was drunk.

Beetle Juice (the ghost with the most) made an appearance. Also drunk.

Other than that we basically had fun watching some live entertainment, people watching, and of course we always have to stop off at Vegetable Justice and listen to the tomato guy sling insults with abandon. Good times. Until next time…